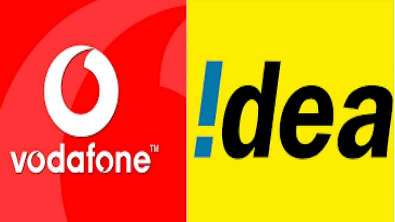 Editor-in-Chief of indiacommentary.com. Current Affairs analyst and political commentator. View all posts by this Author
The merger of Idea and Vodafone is a step in the right direction, despite the merged entity being a telecom behemoth controlling 41% of the market. For, a fragmented market with many small players has meant poor services. Indians have for long suffered call drops and atrocious data connectivity, even in metros. In fact, market leaders like Airtel and Vodafone are the biggest culprits in this regard. Hence, with this merger, the telecom sector will now see four major players  Idea-Vodafone, Airtel, Jio and BSNL. The other smaller players are also talking merger, with Anil Ambani owned Reliance Com working to get Aircel and MTS under its wing. A few big players are both a boon and a bane, depending on how the road pans out in terms of competitiveness, market share, regulatory policies and growth.

There is always a risk that the consumer will suffer if a few big players play with the rates as part of a silent and unofficial cartel. Further, if one of the players strongly dominates in a particular circle, it can skew the rates to make monopoly profits. Thankfully, telecom regulator TRAI has been a very effective watchdog in this regard. Consumers will largely benefit from the consolidation as competition between the few large players will keep the rates down.

The telecom sector is heavily dependent on investments as it is driven by technology. The technological space is changing fast, with upgrades for most things available every few months. Even as India has embraced 4G, there are already whispers about 5G. Consolidation will mean that companies will offer better technology and hence better services jointly. It remains to be seen how consolidation will work if one of the players, namely Jio, continues to disrupt the market with offerings that the others will be hard pressed to match, mainly because it will be a huge drain on their finances.