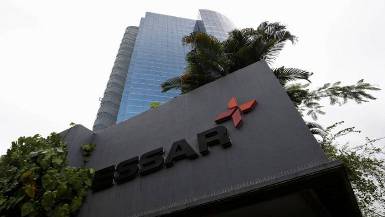 IBC: Should Companies Be Handed Back To Promoters Who Ruined It?

IBC: Should Companies Be Handed Back To Promoters Who Ruined It?

Linus tackles things head-on. He takes sides in his analysis and it fits excellently with our editorial policy. No 'maybe's' and 'allegedly' for him, only things in black and white. View all posts by this Author
The contentious issue of erstwhile promoters making a bid for their previous company under the IBC has reared its head again after the promoters of Essar Steel submitted a revised bid that was much higher than the bid submitted by Arcelor Mittal-Nippon Steel combine, with a condition that the creditors withdraw from the resolution process. As this was a very late bid, it had the potential of derailing the resolution process. Since the revised Essar bid, at Rs 54389cr was substantially higher than the Arcelor Mittal bid of Rs 42000cr, the Committee of Creditors (CoC) could have been swayed. But more than 92% of the creditors have decided to go with the Arcelor Mittal-Nippon bid.

It is obviously wrong to allow the promoters who have ruined a company and brought agony to creditors to bid for their own distressed assets. The simple reason for this is that it should be seen as an attempt to buy their assets at a heavily discounted price. Some people can also see a degree of fraud in this as the creditors are forced to take massive haircuts. The question also arises that how could the promoters arrange so much cash for bidding when they had none to run the company. Further, would it be wise to hand the company back to the ones who ruined it in the first place?

Obviously, the short-term interests of the creditors would be served better by going with whoever makes the highest bid as that would prevent them from taking big hits. But those creditors who think prudently would like to take a long-term view and think of doing further business with the revamped entity to recoup their losses. If that is the idea, then there is no point going with a discredited management. Arcelor Mittal-Nippon would bring in international expertise and good corporate policies to revive the company.