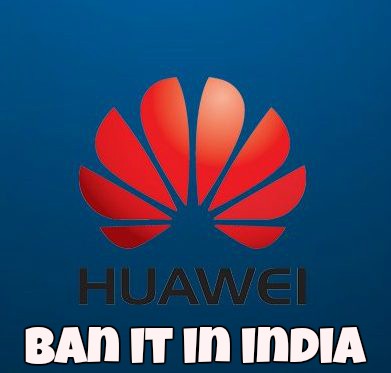 Ever since coronavirus started spreading across the globe, most countries started to put China and its policies under the scanner. Apart from demanding an inquiry into whether the virus was made by China in a laboratory and unleashed on unsuspecting countries, governments also renewed their attack its expansionist policies and the threat of spying through Chinese equipment in critical sectors. Hence, the UK has now ordered that all equipment from the Chinese company Huawei to be completely removed from its 5G network by 2027. No further purchases are allowed to be made from the Huawei.

All countries are now increasingly factoring in the security threat posed by Chinese companies to their telecommunication networks since apart from the civilian use these networks are used by the security forces and are vital. Huawei may be the market leader in supplying technology and equipment for setting up the 5G network but all that is more than canceled by the perceived security threat. No country would like its network to be disrupted or controlled by China in the event of a cyberwar. China has demonstrated (the recent cyberattack against Australia as retaliation for that country asking for a probe into the origin of Covid-19 is ample proof) that it can and will disrupt and control the network of other countries. Hence it is good that major countries like the US and the UK are moving away from Huawei and other Chinese companies.

India must also ban Huawei or its associates and partners from bidding for the 5G network in the country. The government has already moved in that direction by asking the ITI to ready its bid. It is also talking to private players. Mukesh Ambani announced at the recent AGM of Reliance Industries that the company was working on 5G technology. With its vast resources and capabilities, India cannot allow China to force other countries to accept the standards set by it in technology. India's strategic interests lie in preventing China from cornering this space. India must invest in research and development and come out with better and cheaper solutions in technology like it has done in space science through ISRO. It has the talent. It must now create the infrastructure. If need be, it must partner with other nations. That is the only way it can counter China's attempt to establish its hegemony in the technological space.