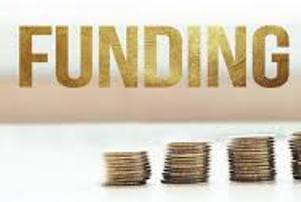 How Will The Government Fund The Rs 102 Lakh Crore Of Investments?

How Will The Government Fund The Rs 102 Lakh Crore Of Investments?

Announcing an ambitious revival package of Rs 102 lakh crore (to be invested in infrastructure projects in the next 6 years) for the economy shows that the government is aware of the problem and will take measures to reverse the downturn. But if one considers the fact that the government had managed to invest just Rs 51.2 lakh crore in such projects in the last six years, the doubling of this amount for investment in the next six years seems to be a daunting prospect, more so because government finances are under considerable strain and it has not spelled out how it will fund the projects.

The government has said that 78 percent of the projects will be shared equally by the Centre and the states while it expects the rest (22%) to be taken up by the private sector. But there are two things that make one wonder how the stiff targets will be achieved - one, the paucity of funds and two, the quality of the projects in the pipeline.

Both the Centre and the states are strapped for funds as tax collections are subdued as the economy continues to wobble. The Centre has delayed payments to states in the last two months. The cess on GST is unlikely to make up for the shortfall in the state's share. So where will the funds come from?

Further, the projects in the pipeline are not very attractive. Some of them are power projects and given the fact that they have very long gestation periods along with the fact that there is a huge subsidy on power tariff to farmers and others making them unprofitable, how is the government hoping that the private sector will take up as much as 22% of the investment proposals.

The government is facing a chicken and egg syndrome. The economy will not get a leg up if investments are not made and funds for investments (through increased tax collections) cannot come if the economy does not lookup.

The government will have to arrange for funds fast. It will have to look at all options like selling a stake in PSUs and floating foreign bonds for a limited amount. But the best way seems to be the bond route. If infrastructure bonds are floated and if the corporate bonds market is made transparent and vibrant by removing bottlenecks (as regularly suggested by The Economic Times in its editorials), ready cash can be expected to be ploughed in infrastructure projects by the man on the street. Till now, such bonds are privately placed and held to maturity. This will change if bonds find buyers in an open market. The common man will invest as they will pay more than bank fixed deposits, will be rated by rating agencies and there will be a ready market for them like shares and mutual funds. The government must seriously look at this route.