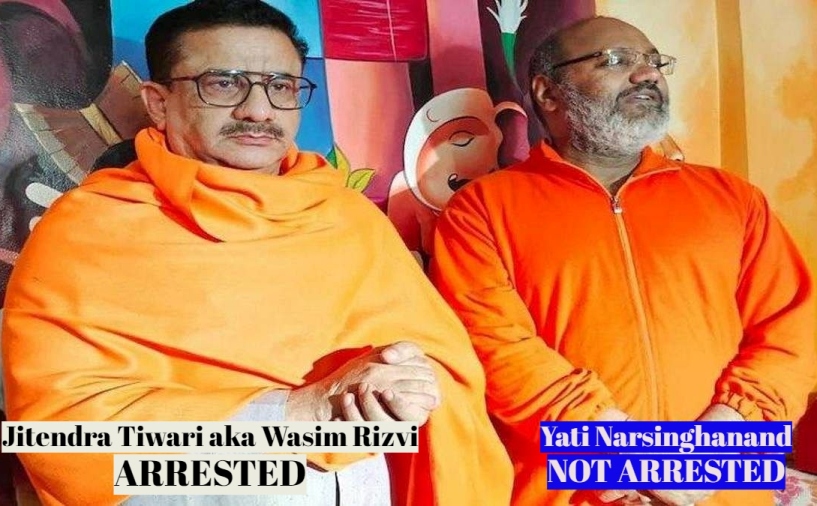 The Uttarakhand police have stirred into action in the Haridwar hate speech case after the Supreme Court issued a notice asking for an action taken report. But that this action is just to have something to put on paper before the court is obvious as till now they have only arrested Jitendra Narayan Singh Tiwari, alias Wasim Rizvi, one of the many accused in the case. Notably, they failed to arrest Yati Narshinghanand or Sadhvi Annapurna, the religious leaders mentioned in the FIR (although they have been summoned for questioning). This is despite the fact that when Tiwari was arrested, he was travelling with Narshinghanand and the latter even asked the police that why are they taking action only against Tiwari when he (Narshinghanand) is a co-accused.

One fails to understand what is stopping the police from arresting the other two when evidence in the form of widely circulated videos of the hate speech already exists in public domain. By arresting Tiwari alone, the police are discriminating as they should also have called him first for questioning as they have called Narshinghanand and Annapurna. Or are there different rules for religious leaders and others?

With the Supreme Court hearing the matter, it is just a matter of time before the police will have to conduct a thorough investigation and arrest the accused. Then even political backing will not be enough to shield them from arrest. That the accused have not applied for anticipatory bail just shows how secure they think they are by virtue of their connections and elevated status as religious leaders. But once the wheels of law start turning, they will not be spared.

What others have been arrested for under the sedition law seems childish when compared to the kind of inflammatory, divisive, hate-mongering and blatantly anti-national speeches made at the so-called Dharam Sansad in Haridwar. Calling for genocide of fellow citizens is like calling for civil war. Hopefully, the Supreme Court will punish the guilty as per the law of the land.