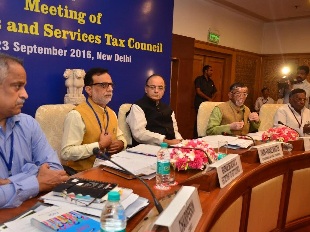 Editor-in-Chief of indiacommentary.com. Current Affairs analyst and political commentator. View all posts by this Author
Taxation in India has always led to a policy of complicate, confuse and confound. But the GST was expected to change all that by introducing a single tax to cover the whole of India. If the latest meeting of the GST Council is anything to go by, old habits will die hard. Sanity has been given a go-by and the very basis on which GST was proposed to be introduced is sought to be thrown out of the window.

A tax that was to simplify things might now come with four to five tax slabs, an additional cess on sin goods and several exemptions. Creating a huge IT backbone to implement a new tax regime that is going to be more complicated than the existing one is something beyond comprehension. Left to bureaucrats and politicians, GST will become a bad tax.

The Centres proposal of four tax slabs  6, 12, 18 and 26 percent  and 4 percent for gold, along with a cess on the highest slab for sin goods is not good. GST was supposed to subsume all cesses. Hence, sin goods or not, the word cess should be removed from the GST vocabulary. The best way forward would be to have to have just three tax slabs  6, 18 and 30 percent, with the already decided 4 percent for gold.

The last slab, for sin goods, should be increased by 4 percent to accommodate for compensation of losses suffered by the states. If need be, it can be increased further as sin goods now attract taxes in the region of 35 to 40 percent in total and any reduction is unlikely to be passed on to the consumers. So instead of giving benefit to the companies, the government can use it to compensate losing states. But cess should not be imposed at all.

The only reason why the government wants to impose the cess is that it will allow an easily identifiable pool of money from which losing states could be compensated. Also, the cess component will not be available for tax input. But that can also be done (remember, a huge and modern IT backbone is being put in place) by keeping track of the total tax collected at the highest percentage and allowing the backend to transfer 4 percent (or any higher percentage required) to the said compensating pool. It will simultaneously also allow a tax input minus the decided percentage to be deducted.

A cess is the easiest and most damningly surreptitious way of collection of money by the government. If a firm stand is not taken now, the GST will be burdened with a plethora of cesses for the flimsiest of reasons by whichever government is in power. It will then make GST like any other complicated tax in India. If that is what is intended, then why change at all? The GST Council must apply its mind to keep things simple.