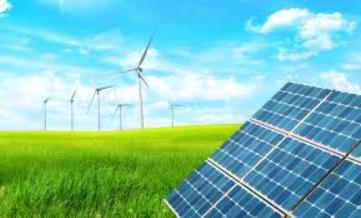 Green Energy: Despite Increasing Usage, India Behind on Committments

Green Energy: Despite Increasing Usage, India Behind on Committments

View all posts by this Author
With more and more corporates willing to buy power directly from green power generating companies, is the sector finally finding a niche? A report in The Economic Times has identified Taj Hotels, Tata Teleservices, Philips India, JK Tyres and 100 more who are buying power directly from power generators like ReNew Power, CleanMax and others. This means that the power generators do not have to depend on state utilities to buy their production and can now get a better price. They will just have to pay a wheeling charge to the utility for carrying the power on the grid.

Despite a lot of focus, Indias green energy production is nowhere near what it has committed in international forums. But since India has already ratified the Paris climate agreement, it will have to keep its commitments. The biggest drawback for green energy is that many states are simply not interested. They have schemes and energy parks, but those are just in name. In the initial euphoria, many investors came forward to announce units. But most were never set up. The cost-benefit scenario for the investors, despite government subsidies, was not very lucrative till recently.

But with things moving up on the GHG front and the rich countries committing to help the developing nations in sourcing energy from solar, wind and other renewable sources, there should be another round of investor interest in setting up green energy units. Set up cost has also fallen with solar panel prices having dropped by 25 percent in some cases. Land, however, remains a bottleneck. Also, state utilities are reluctant to pay a good price and payment is also notoriously slow. India will need to remove the bottlenecks fast if it has any intention of being a major producer of green energy.