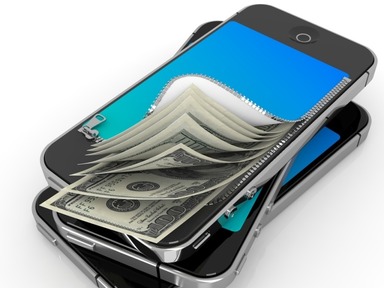 Is There a Future For Mobile Wallets?

Is There a Future For Mobile Wallets?

Editor-in-Chief of indiacommentary.com. Current Affairs analyst and political commentator. View all posts by this Author
In the considered opinion of Aditya Puri, MD of HDFC Bank, mobile wallets like Paytm have no future. He says this because of three things: firstly, Paytm has run up losses of Rs 1600 crore till now; secondly, it has a model that can be easily replicated and finally, people will gradually shift to platforms like UPI that enable direct transfer from banks, or any other easier digital platform that might evolve.

While Puri is entitled to his opinion, one feels that the reasons he has given for uncertain future for mobile wallets do not gel. If Paytm has run up losses till now, it is mainly because mobile wallets had not taken off in India and in its bid to attract customers, it has been offering discounts and freebies which are a big drain on the bottom line. But post demonetization the situation has changed drastically and for the better. People, even in small towns and countryside, have become aware of the ease and simplicity of making small payments through digital wallets. As more merchants start accepting digital payments and more people start making them, the habit will obviate the need to offer discounts and the service will become profitable for operators.

The biggest thing going for mobile wallets is the proliferation of smart phones and low cost of internet access. POS machines of banks cost good money and require an operating time for merchants. Wallet payments just need a scan by the customer and no additional effort on part of the merchant. The money is also instantly credited in his wallet. It is a simple process that is bound to get popular by the day.

Secondly, although the model can be easily replicated, it needs huge investments to keep it going. Hence, most of the me-too platforms that would emerge are not likely to succeed. There will be a process of amalgamations and mergers, like in the ecommerce space, that will make the wallet space profitable by eliminating unnecessary competition and expanding the user base. Very soon, only a few trim and competitive brands would remain and they will do good business.

There is no doubt that technology has the habit of springing up new surprises every few days and better digital payments platform may emerge. But that does not mean that mobile wallets like Paytm will also not evolve further and embrace the emerging technology to add new features or make their system more robust. As for UPI, the Indian consumer is forever skeptical of giving a merchant direct access to his bank account. Wallets offer a shield. The money is transferred from the bank account to the wallet and thence to the merchant, while in UPI it will be transferred directly from bank account to the merchant. Wallets offer a line of defence against hacking of the bank account.

Further, wallets have the first mover advantage. We cannot crystal gaze into the future, but as of now wallets offer the best solution for making small everyday payments digitally. The only drawback is that while money in bank earns interest, most wallets do not pay any on the balance kept with them. Some wallets have now decided to pay interest and that will be an additional attraction for customers to keep a reasonable balance in them.

The only thing that can derail wallets is their eagerness to enter the highly competitive and investment- intensive ecommerce space. Hoping to leverage their huge user base to sell things on their platform, wallets like Paytm are making a huge mistake. They are afraid that since ecommerce platforms are starting their own wallets, they will wean away customers. But ecommerce is a different ball game. Even established players are making huge losses as of now. Wallets cannot fight them by trying to sell things on their platform. Pushing conveniences like purchase of movie or rail and airline or event tickets are understandable but otherwise they would do well to focus on their core competency and not venture into fields that would delay their march to profitability  maybe even threaten their very existence.