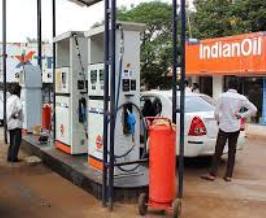 Fuel Price Cut: Have A Fixed Formula To Spare The Consumer

Fuel Price Cut: Have A Fixed Formula To Spare The Consumer

Editor-in-Chief of indiacommentary.com. Current Affairs analyst and political commentator. View all posts by this Author
It is good that the Centre has  at last  reduced excise duty on fuel by Rs 1.50 and asked oil companies to absorb another Re 1, thereby reducing the price of petrol and diesel by Rs 2.50 per litre. It has also asked states to reduce VAT so that the price gets reduced further. States ruled by the BJP have already announced cuts, with most matching the cut by the Centre. Hence, petrol and diesel prices in Mumbai, for example, have come down by Rs 5.

But this is going to be a short-term, albeit welcome, relief for consumers. The Brent crude futures show no sign of a downward trend and the price might soon cross $100 per barrel. This means that fuel prices in India will again head north. It seems that with elections due in Chhattisgarh, Rajasthan and Madhya Pradesh, the present reduction is to reduce future shocks. The finance minister, Arun Jaitley, said that the government will lose Rs 10500cr for this excise cut. But he failed to mention how much the government made in the last year due to a continuous increase in prices.

One feels that the time has come to link excise rates with the price of Brent crude in international markets. For instance, if the price of fuel is Rs 100 per litre and the excise is 30% on that, then the final price to the consumer will be Rs 130 per litre (for the sake of simplicity the cost of distribution, dealer commissions and state VAT are ignored now). If now the price is increased to Rs 110 per litre by oil companies, at 30% excise the price to the consumer will be Rs 143. The Centre first got Rs 30 per litre as excise; it will now get Rs 33.

One now proposes that the Centre should keep itself revenue neutral for excise duty on petroleum products if not always then at least during the times when there is an extraordinarily steep increase in international prices. Hence, when the price is increased by Rs 10, instead of applying 30% excise to get Rs 3 extra, there should be an in-built formula to reduce excise duty by a corresponding percentage (in this case by about 2.73%) to ensure that the government gets the Rs 30 it was getting and not Rs 33 on the enhanced price.

This way, the consumer will pay only for the increase of price in international markets and will be spared the cascading effect of taxes. The states should also be persuaded to do the same for VAT. One believes that this method would spare the consumer from the additional burden. The government does not have any control over international prices but it can certainly control taxes by being revenue neutral. This will ensure that the government will not lose while the consumer will gain.