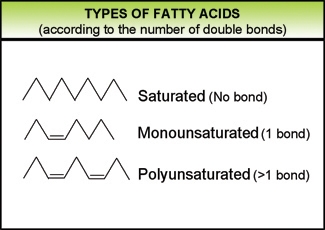 Editor-in-Chief of indiacommentary.com. Current Affairs analyst and political commentator. View all posts by this Author
The Food Safety and Standards Authority of India (FSSAI) has taken an important step towards safeguarding public health by reducing permissible trans-fatty acids (TFA)from 10% to 5% in hydro-generated vegetable oils, margarine and fat spreads. Since hydro-generated vegetable oils are staple cooking medium for a majority of Indians, this step is going to prevent a host of killer diseases. Of course, TFA alone is not fully responsible for diseases Ã¢â¬" a large contribution is also made by faulty eating habits and sedentary lifestyle devoid of exercise of any kind. One thing which is beyond comprehension is the lead time given to manufacturers to follow reduced levels Ã¢â¬" the order is applicable from August 2016. If the level is to be reduced, it should be done as early as possible.

High levels of TFA in cooking medium are responsible for metabolic disorders, which in turn lead to diabetes and cardio-vascular diseases, the two diseases that kill a large number of Indians every year. It also causes atherosclerosis. World Health Organization (WHO) had recommended a shift from TFA to polyunsaturated fat (PSF) in production of cooking oils. The difference between the two is while TFA increases bad cholesterol in the body while PSF reduces it. Good sources of PSF are sunflower oil, safflower oil and corn oil. Hence, there should be a gradual move towards PSF in our cooking medium.

Most Indian manufacturers use less expensive and imported palm oil to produce hydro-generated cooking oil containing 10% of TFA. Nutrition scientists have warned that the reduction of TFA, while welcome, will not work in isolation. The dependence on palm oil will also have to be reduced by reorienting crop policies that would encourage farmers to grow more rice bran, mustard and soya bean seeds which will facilitate production of healthier cooking oils. Cooking oil prices have escalated alarmingly in the last few years and there is a need to grow more oil producing seeds that give healthier oil.

This is one call the government will have to take urgently. Farmers need to be educated to the need for growing these oilseeds and the better returns they will fetch. Simultaneously, industry must be made to shift from palm oil to locally produced seeds through incentives or by ensuring lower prices of these seeds or by a counter-balancing import duty on palm oil in the interest of public health. When a balance is reached crop growth and oil production from these seeds, Indians will lead healthier lives. The social and economic benefit of this shift will be enormous over a period of time. A healthier generation is more likely to contribute to nation building in a better and more efficient way. Lower incidence of diabetes and cardio-vascular diseases will also reduce the load on our creaking public health services.