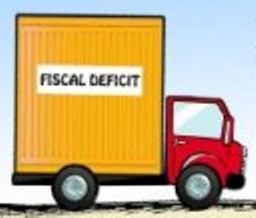 Editor-in-Chief of indiacommentary.com. Current Affairs analyst and political commentator. View all posts by this Author
The government has decided to borrow Rs 50000cr via the G-Sec market in the remainder of the fiscal year. This obviously means that fiscal deficit (FD) targets are not being kept in check and the target of fiscal deficit of 3.2 of GDP this fiscal is under stress. The last time the government did this was when it borrowed Rs 90000cr in FY12 and then the fiscal deficit target was revised from 4.6 to 5.9% of the GDP. This year, the additional money that the government is seeking to borrow will take the deficit to around 3.5% of the GDP which is within the FRBM norms.

Why this urgent need to borrow funds and why choose the G-Sec route? Let us take the second question first. Experts have pointed out that the government could have drawn its surplus balance with the Reserve Bank instead of borrowing in an already nervous G-Sec market. Other experts believe that this borrowing is the result of fiscal slippages on account of shortfall in RBI dividend and revenue loss in excise due to implementation of GST. That more or less answers the first question.

Then there is the question of economic slowdown. Bank credit is hovering around negative figures and industries are saddled with surplus capacity. Consumption is not rising as households are stressed due to food inflation and rising healthcare and education costs. Revenue collections have fallen due to GST rate cuts. State finances are already in severe disarray. In such a scenario, Central government spending has to increase to give a push to the GDP. The government had shown exemplary restraint in the last three years and had adhered to FD targets. If the current deviance is not made a habit then it is not such a bad deal and might in fact be good in the long run.