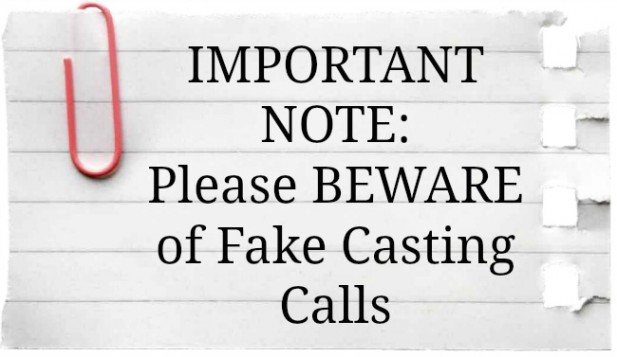 Tanmaya is a budding journalist View all posts by this Author

Stories of struggling actors and models are legion. Several incidents of casting scams have surfaced in recent times but the media has failed to highlight the harassment that many newcomers and young artists in entertainment world undergo. India Commentary spoke with some casting directors and struggling artist to learn how some unregistered casting agencies harass newcomers in the entertainment industry.

Most of the casting agencies in India are independent. Casting agencies that assist talented performers in obtaining opportunities and auditions are often unregistered. "I have heard of such casting agencies from some of my colleagues. They ask for passport size photographs and Aadhar card details along with some money as registration charge. Although genuine casting agencies will charge money they will also provide work to the struggling artists," Navin Chand,  a Delhi based DoP told India Commentary.

He adds "initially, we did some projects and made some short films which were never released. I also paid Rs 5000 to help them out with several works. However, as time passed, I realized something was fishy since they were not releasing the movie. When I approached them, they replied that the movie wasn't up to the mark, so we needed to re-shoot."

"In March 2020, India went under lockdown. However, shooting resumed gradually. By September, I was frustrated and approached them again. They informed me that my profile had been rejected for several projects. I asked for the shortcomings and feedback but my questions remained unanswered. However, I kept on writing several emails but never received a call so far. The movie is still unreleased even after reshoots, where I had invested my money and time."

On being if he took some action against the casting agency, he replies, "Sometimes, casting agencies are tied up with production houses so they take commission once the profile of the actor is selected for a role. It is important to understand the every casting agency is not registered."

A casting director, Shounak Majumdar advises, "If someone is totally new then there is an approach which should be understandable. There is no governing body or union. There is one association in Bombay but that consists of established casting directors."

"Fake casting people would sometimes take money to give you a chance. A real one will never do because nothing guarantees a chance. The need for a specific look and an actor's capability ensures opportunity. No actor should give casting people money to get work," he adds further.

During the lockdown in 2020, several high profile actors like Akshay Kumar, Salman Khan and director Shashank Khaitan warned newcomers against fake casting calls. Amidst the pandemic, India is grappling with unemployment. Several newcomers were deceived by fake casting calls. Struggling artists in need of work fall into the trap of these fraudulent activities carried out under the guise of casting agencies. The government and the industry must figure out some ways to regulate casting agencies to help the newcomers not to fall in the trap of fake agencies.