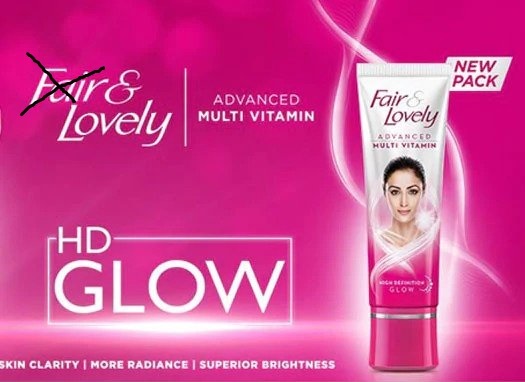 After nearly 40 years of leading Indian women to think that a fair tone of skin was better, HUL has now decided to drop the word fair from its popular skin tone enhancement brand "Fair & Lovely".  But it is not going to drop the product; instead, it is going to reposition it as a radiance product. Shall we then be thankful for small mercies or berate the company for being extra smart? For, even though the word fair will be removed and the cream would be repositioned, word of mouth will still induce girls to use it as a fairness cream. HUL should have withdrawn it altogether if it was so concerned about the adverse health and psychological effects of the product.

While HUL's current action is largely due to the worldwide protests against discrimination based on the colour of the skin following the death of George Floyd in the US, activists in India have for long railed against companies making fairness products which they said made girls feel inferior because of their natural skin tone, caused gender discrimination and stereotyping and harm the skin as most of them were made using bleach. Actor Nandita Das has been the most vocal against these products and has been running a successful and diverse campaign against them. Other actors like Ranbir Kapoor and Taapasee Pannu have refused advertising contracts or withdrawn from events sponsored by such companies. Stars from Mumbai or South who endorsed such products were often criticized for doing so.

HUL had changed its tag lines on Fair & Lovely in the recent past, but words like "skin clarity" and "superior brightness" did not leave anything to the imagination and were but mere substitutes for "the fairness cream" or "daily fairness expert" used earlier. One good thing about it is that since the market leader is taking action, others are thinking along the same lines. Most other companies making similar fairness products have indicated that they will also reposition their brands. If these companies are seriously concerned about making a difference, they should drop these products altogether and come out with a new brand to help in 'radiating' the skin or whatever they feel their product will do. But they should not promote inferiority complex in girls just because of their natural skin tone and make them feel that they need to lighten it or make it glow to be more acceptable.