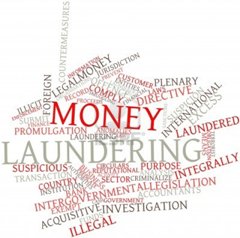 Yogendra is freelance writer View all posts by this Author
As the investigative agencies, acting in concert, tighten their net on financial wrongdoers, the black money bonhomie, as one unnamed regulatory officer called it, is coming under the scanner. For long have people with good network thrived on commissions from turning the black money of moneybags into white using a plethora of mechanisms. When the sums were small, it was managed through entries from small taxpayers. But post liberalization, when the sums multiplied, companies (hundreds of them to create a maze) were formed and business boomed.

But the ache din for these set of crooks seem to have changed post demonetization. When notebandi necessitated that cash hoards be deposited in bank accounts for getting new currency, past financial jugglery needed to be reversed in some cases. Also, a new set of crooks arrived on the scene who had cash in hand in their books and could deposit and convert the illicit cash of moneybags. But little did they know that investigative agencies were hot on their trail.

Having identified 331 shell companies and ordered action against them, the ministry of corporate affairs has shown that it means business. Regulators are working overtime to untangle the maze and bring the culprits to book. As expected, companies and people involved in businesses such as real estate, commodities, stock trading, plantation and film and television are in the forefront of such financial wrongdoing.

Although one cannot say that this action will wipe out the so-called black money conversion business, it will go a long way in smashing the bonhomie and junking oft-used mechanism. If regulators are on their toes, they can spot new mechanisms when they crop up and nip them in the bud. The need is to bring the unorganized sector that is heavily dependent on cash transactions in the mainstream of the economy so that transactions do not go unreported and taxes are paid. The introduction of GST and concerted action against black money is going to pay rich dividends in this regard.