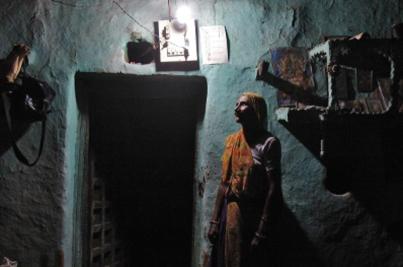 Electricty To All Villages: Make it Meaningful

Electricty To All Villages: Make it Meaningful

Editor-in-Chief of indiacommentary.com. Current Affairs analyst and political commentator. View all posts by this Author
One can look at the claim of the government that all Indian villages have been provided with electricity in two ways. In the first case, one can pooh-pooh the claim (as the opposition and sections of the media have been doing) by saying that just hanging wires and poles does not qualify as providing electricity as long as current does not flow in those wires and homes in the villages are not connected to the pole. On the other hand, one can congratulate the government for putting in place the necessary infrastructure that will bring electricity to homes in remotest part of the country.

Obviously, providing access to electricity is a major and overriding prerequisite of providing electric connections. If the government has managed to provide access to electricity to almost all villages in India, it is an event that calls for celebration. For, modern-day life is overly dependent on electrical power for everything. That pole and those wires give the villagers a ray of hope. It is a huge step for them.

But the government must now train its guns on all that is wrong in the power sector if it hopes to provide early and useful connection to homes in villages. Subsidized and free power connections must end. Let the people pay for the power they use as the cross-subsidy from commercial users is making Indian industry uncompetitive. Further, losses due to these reasons are making state electricity utilities inefficient and incapable of undertaking further development. They cannot buy power, which in turn results in idle capacity in power plants. To make optimum use of installed capacity, state utilities must charge users in full and pay producers timely. Only that will ensure quality production and even distribution of electric power.

Then, although the government is focused on renewable energy sources (like solar, wind etc.) and has an ambitious programme to use them, a lot remains to be done in that area. The over dependence on coal-fired power plants has to reduce drastically, more so due to environmental concerns. India generates 76.5% of its electricity through coal-based plants while China has cut it to 56.4%. Similarly, while China has managed to use wind for 8.8% and solar for 4.6% of its power requirements, India lags behind with wind contributing 3.7% and solar just 1%. The government must work to ensure that wind and solar contribute at least 10% each of Indias power needs. There is also a case for increasing power generation through natural gas. Further, the government should allay the fears of both citizens and activists and can think of nuclear power plants.

But no infrastructure or generation will bring electricity to villages if the power sector is subjected to populist policies. The government needs to change its stance and ensure that use of power is paid for in full by all consumers for the wheels of production and distribution to run smoothly and for people to get uninterrupted and quality power supply. If any class of people (distressed farmers, for instance) need to be helped, that must be done in some other way rather than writing-off their electricity bills or providing them with free electricity.