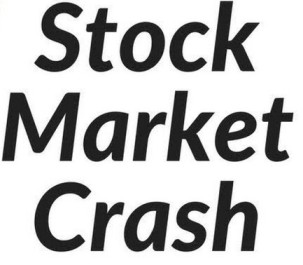 Did You Lose Money in Stocks Last Week?

Did You Lose Money in Stocks Last Week?

Editor-in-Chief of indiacommentary.com. Current Affairs analyst and political commentator. View all posts by this Author
The Indian stock markets were going strong  too strong, in fact  till the end of July. Suddenly, in five trading sessions between 7th and 11th August, the bubble burst. In these five days of mayhem on the bourses, the benchmark indices lost 3.5% and investor wealth worth Rs 6.4 lakh crore got wiped out.

Lets take the indices as they existed at the end of trading on Friday, 4th of August. The Nifty stood at 10066.40 and the Sensex at 32325.41. There was a lot of cheering going on at the Nifty having scaled the 10000 peak and new records were being created every day. But the bulls had not reckoned with the bears.

Starting 7th of August, the bears took control in a spectacular manner. On 7th the trailer was shown with a flat Nifty just sliding 9 points. But subsequently, every passing day broke the back of the bulls and at the close of trading on Friday the 11th, the Nifty stood at 9710.80, a good 355 points or 3.5% lower in a week. The Sensex similarly slid to 31213.59, or down 3.44%.

What triggered this mayhem?

Analysts say that the markets were disappointed with the 0.25% rate cut by the RBI. They say that operators had already factored in this small cut and were looking forward to 0.5% as all indicators  set by the RBI itself, like the rate of inflation - were favourable for such a cut. Then, even as the rate cut disappointment was being played out in the markets, market regulator Sebi dropped a bombshell in the form of restricting trading in nearly 300 companies on account of their being identified as shell companies by the ministry of corporate affairs. Others talked about war fears, both between India and China over Doklam and the one that North Korea might trigger. Operators got confused, say the analysts.

So it means that rather than performance, quarterly results, orders won, favourable monsoon, favourable policy and other fundamental or technical factors, the Indian stock markets are largely driven by rumours and extraneous factors. Another important thing is that just a handful of operators and a couple of counters can make or break the day. There is an excess of everything. Take the case of Reliance Industries. The day Mukesh Ambani declared a 1:1 bonus, the stock was hovering around Rs 1500. It shot up to Rs 1664 and came back to Rs 1546 in the bloodbath week. It may sink lower next week. So is there any logic in this up and down, apart from the games being played by bulls and bears.

These are troubled times on the bourses. The small investor, if he has not already burnt his fingers, will be well advised to stay away from them for now. He must not pay heed to all the pleas from brokers that after the recent crash, some gems are available at throwaway prices. The bottom of the market has not been seen yet and those who were yelling that Nifty will touch 20000 by 2020 are nowhere to be seen. Even if you catch them, they will say this is just a temporary phase. But a phase that wipes out Rs 6.4 lakh crore of investor wealth is not a joke. More than just demand and supply, something else is at work.