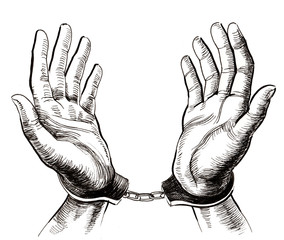 View all posts by this Author
There are millions of hotels, lodges and staying places in India which can be availed by tourists of all budgets. But those concerned with their security opt for places which are well protected. Foreign tourists especially do not mind paying the top dollar to stay in five-star luxury mainly because they know that those places have foolproof security as well as world standard food and drinks. Hence, the recent disclosure that the general manager of ITC Rajputana in Jaipur molested two female guests from Mexico has come as a devastating shock for the tourism industry.

Women from foreign countries travelling alone are more concerned about their safety and security after the negative reports about womens safety emanating from India. They are very brave to visit the country despite warnings in travel advisories in their home countries. They stay at top hotels to be safe. But if they are molested in five-star properties too and that too by insiders of the level of the general manager, they will experience extreme trauma.

Admittedly this is an isolated case where the perpetrator could not control his libido but the fallout can be very damaging, both for the hotel and the destination as well for tourism as a whole. It is surprising that the relatively young GM was so irresponsible and unconcerned about his career. Of all people, he was aware of the CCTV cameras in place and the damage any adverse guest report will do to his reputation. Yet he could not control himself. Although the tourist who complained has weakened the police case by not signing the complaint and her friend has not yet testified, the police hope to nail Rishi Raj Singh through other evidence like CCTV footage.

The hotel should do all it can to control the damage. The GM has to be sacked. For all practical purposes, he has made himself unemployable in any reputed company. The hotel will also have to review its security drill to make guest rooms out of bounds for all employees without express permission from the guest obtained over house phone and recorded for evidence. The tourism industry bodies should project the incident as an isolated case driven by personal failing of an individual. As Jaipur is part of the golden triangle of Indian tourism, India cannot afford to lose foreign tourists due to this incident.