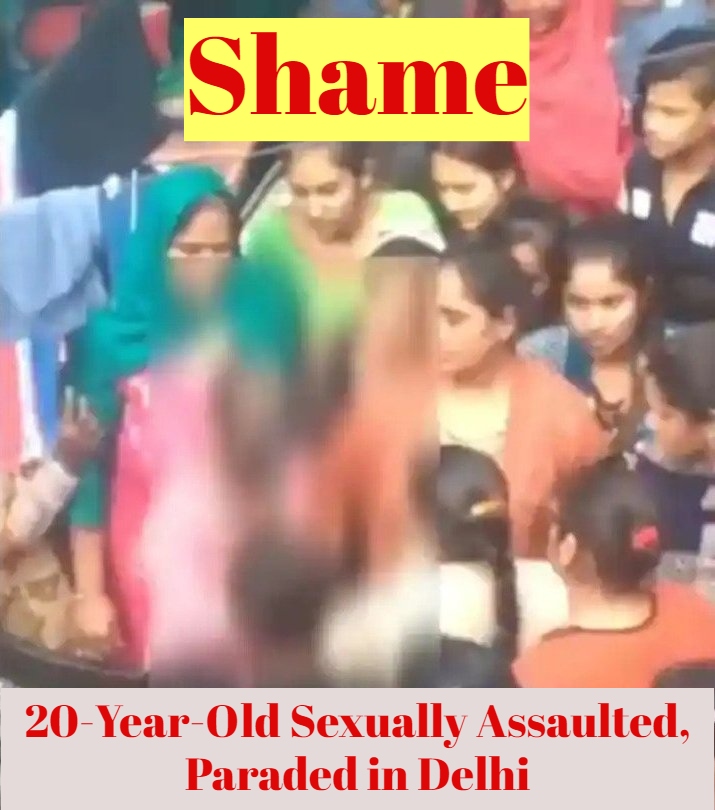 In a shameful, disturbing and dangerous incident, a 20-year-old woman was abducted, sexually assaulted and had her head shaved, face blackened and a garland of shoes put around her neck before being paraded in the locality in Delhi's Kasturba Nagar. Her 'fault' was that she had resisted the advances of a 14-year-old boy from the family of those who perpetrated the inhuman acts on her. The accused family was 'incensed' as the boy had later committed suicide on the railway tracks.

Videos that have gone viral on social media show how the woman was confined to a room, beaten up and her head was shaved with a razor. They also show how she was paraded through the lanes of the locality and how people, instead of putting a stop to the inhuman act, cheered.

How do people behave in such manner? How can they brutalize a fellow human being like demons and what sadistic pleasure do they derive from this? How can others witness the act silently and even cheer?

Instead of counseling the boy who stalked the married woman and explaining to him that what he was doing was wrong, they first allowed him to go after the woman and when she naturally resisted his advances, are now seeking to 'punish' her for causing his death. The most disturbing thing is that not even one person in the family or the locality was sane enough to protest and prevent the outrage.

The police have arrested seven women who are already facing cases under the excise act for dealing in illicit liquor. The two juveniles who sexually assaulted her have also been arrested.

The police must arrest all involved in the case. The case must be fast-tracked and the culprits must be handed exemplary punishment. There must also be some way to punish the people who were found cheering when the woman was being paraded. For, more than the criminals, it is those who turn a blind eye to their acts who give them the social sanction and courage to carry out such outrageous acts.