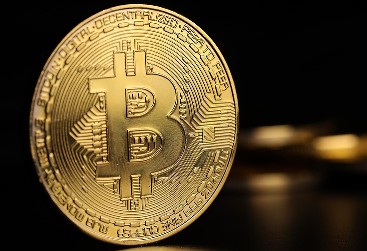 This June, cryptocurrency Bitcoin once again breached the $10000 barrier. It was after one year that Bitcoin reached this level and it was triple of what it was fetching in 2018. So why are investors once again flocking to buy the digital 'coin'? Why is there a renewed interest in something that is neither widely accepted nor legal in most parts of the world? Ever since Bitcoin touched dizzying heights (it touched $19783 in December 2017), financial regulators the world over, especially in emerging economies, have advised governments to ban it.

In fact, in India, a committee headed by ex-finance secretary Subhash Chandra Garg has recently put its report in the public domain. The report recommends that India should ban mining, holding, investing in or even providing services to facilitate any or all of these. In the same breath, the report also recommends that the government can think of floating its own digital currency if it so wishes. Hence, the committee is neither against the technology nor its viability. It is essentially against the private ownership of companies that facilitate these cryptocurrencies.

So is the cryptocurrency market maturing and more informed investors coming in after the initial hype that brought in the uninformed and the me-too walas, who more often than not burned their fingers and pockets? The present upswing, sans the hype, indicates as much. As Bitcoin outperforms other asset classes, even conservative fund managers and skeptics will not like to miss out. Further, cryptocurrency is being made mainstream with offerings from Facebook and JP Morgan.

Facebook has unveiled that it is going to launch its cryptocurrency Libra anytime soon. JP Morgan is also coming out with JPCoin. It needs reminding that James Dimon, the CEO of JP Morgan Chase had initially said that cryptocurrencies were a fraud but he later regretted making that statement. Other mainstream firms in the financial world are offering custodian services or online trading platforms, changing the nature of investment in crypto currencies.

Although trading volumes are nowhere near the high of 2017, the market structure has changed completely (there are less of speculators now and more of investors) and this bodes well for the stability of the asset. Benefits of the blockchain technology that drives the cryptocurrencies are being widely and increasingly recognized all over the world. If a worldwide standard is developed and financial regulators shed their opposition, the asset class may still emerge as the currency of the future.