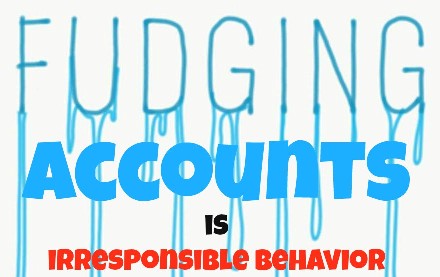 Two separate reports from CAG have shown the difference between how the Centre is managing its finances and accounts and how some states like West Bengal are doing so. In the first report, CAG said that the Centre has withheld certain receipts in the Consolidated Fund of India (CFI) instead of transferring them to respective accounts, thereby inflating its receipts and fudging the actual fiscal deficit figures. The Centre said that the receipts were in the CFI as they had not been reconciled. In the second report, CAG commended the West Bengal for excellent reconciliation of its receipts and expenditure accounts.

The Centre must understand that whatever the compulsions, fudging accounts to give a distortedly favourable position of the accounts and finances is the gravest form of financial irresponsibility. It results in distorted planning, unwanted complications and non-implementation of policy. It also erodes investor confidence. It gives the bureaucracy a handle with which to show a rosy picture while actually the wound keeps getting worse. What has the government achieved by doing this other than delaying, or even worsening, the inevitable? Was it waiting for some magic wand that would pour in money and it would use that to set everything right?

The economy was already slowing down before the pandemic hit to bring it to a complete standstill. Now, the position is worse than before. The government had failed (?) to reconcile GST figures to transfer much lesser amounts to the states. But the lockdown has ensured that there simply are no funds available and it has now been forced to renege on its commitment to make good the shortfall in GST and has asked the states to borrow the amount. This has resulted in the souring of the relationship between the Centre and the states. If the Centre had not fudged the accounts, it could have involved the states in jointly framing policy to tide over the situation. That would have built trust.