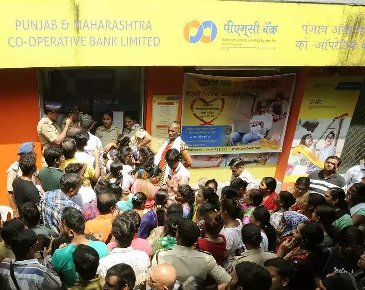 Cooperative Banks Must Be Fully Regulated By The RBI

Cooperative Banks Must Be Fully Regulated By The RBI

The Madhavpura Mercantile Cooperative Bank (MMCB) scandal in 2002 was a clear signal that cooperative banks should not remain outside the strict regulatory purview of the Reserve bank of India and should embrace core banking to integrate with the banking ecosystem. But apart from canceling the banking license of MMCB in 2012, the RBI did little else to include these banks under its regulatory fold. Hence, it is not surprising that the Punjab and Maharashtra Cooperative Bank (PMCB) is now in deep trouble.

In the case of MMCB, the bank had loaned substantial amounts to the rogue stockbroker Ketan Parekh who used the funds to rig stocks and initiate a bull run on the bourses. It had lent Rs 1500cr to Parekh when other banks were not allowed to lend more than Rs 15cr to a single stockbroker at that time. When the bubble burst, the bank found that its capital was wiped out. PMCB is suffering the same fate. It has under-reported bad loans and is now not in a position to recover the money.

Due to political compulsions (most cooperative banks are directly or indirectly controlled by influential state politicians), cooperative banks have always been regulated with a soft hand. On paper, both the state government and the RBI have regulatory powers over these entities. But since they are not following core banking, their reporting systems are outdated and cross-verification is very difficult. Hence, these banks indulge in all kinds of malpractices.

But since they accept public deposits, they should be regulated like all other banks. The RBI should apply all its normal banking norms to these banks and immediately bring them under core banking. It is wrong to think that they cannot bring any harm to the system since they are very small banks. The cooperative societies' laws must be synced with other laws such as the Banking Regulation Act to give the RBI the powers to regulate these banks like all other banks.