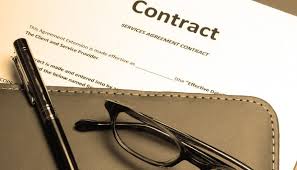 Editor-in-Chief of indiacommentary.com. Current Affairs analyst and political commentator. View all posts by this Author
2016 started on the right note for trade and commerce in India. One pet grievance of businessmen and foreign investors â that commercial disputes took a long time in getting solved due to tedious laws and the famously slow Indian judicial system â was addressed when the Commercial Courts, Commercial Division and Commercial Appellate Division of High Courts Act 2015 (CC Act) was notified on the 1st of January.

The Act has many bright features which would make resolution of commercial disputes simpler on the one hand and reduce the burden on normal courts on the other. The term commercial disputes has been given a very wide definition under the act and will include almost all disputes relating to transactions between merchants, including agreements made in normal course of business.

For any commercial dispute of a value more than Rs 1 crore, commercial courts will have now have the jurisdiction to hear such cases. The best part is that any suit has to be heard on day to day basis and has to be disposed of within 365 days. Appeals, too, have to be disposed of in 6 months. To ensure that this happens, the judges in such courts have been given discretionary powers to impose heavy costs for delaying tactics by litigants or their advocates and on those who file frivolous cases.

Another bright feature of the act is the introduction of case management hearing in these courts. Under this, most of the procedural aspect, like filing papers and depositions will be handled in the respective lawyersâ offices and the matter would come up before the court in a packaged way.

But one feels that although the act would go a long way in addressing the concerns of big business and foreign investors, it is unlikely to reduce the burden on the judicial system in a big way. For, disputes between small traders and of a value less than Rs 1 crore make up for a huge number of cases in courts. One feels that concurrently with the CC Act, another act should be in place for compulsory arbitration of small commercial disputes.

Further, since the state governments or the High Courts are to set up these courts, one is skeptical how they will pan out. One says this because funds and space crunch has always meant that state governments are notoriously slow in these matters. As for the High Court, the number of vacancies on the Bench means that the Chief Justices are either not concerned or are not finding talent to fill them up. How they will address this additional burden of setting up Appellate Divisions of Commercial Courts remains to be seen.