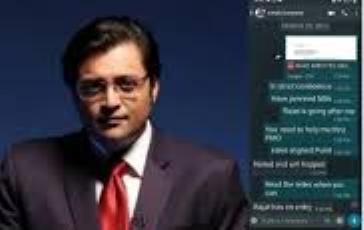 The leaked WhatsApp chat records of Arnab Goswami show how some in the media have become so powerful that they have unbridled access to official information earlier than others and how they use their power to crush others. It also shows how biased certain sections of the media have become, not due to their political leanings but mainly due to the ownership and the backing they receive from the party in power at any given point of time.

The way Goswami used his position to manipulate TRPs in collusion with Partho Dasgupta, the ex-CEO of BARC proves that all kinds of underhand dealings took place to skew a system that provides viewership data based on which advertisers make their media buying decisions. At one point in the chat records, Goswami gloats how his insider knowledge made Republic TV 'kill' the TRPs.

What is the big deal in killing TRPs with insider knowledge? Is it journalism at all? If you have everything handed over to you on a plate and you just present it before the public, you are doing the job of a broker and not a journalist. Arnab Goswami's bravado and slanging matches will not survive a single day without the backing from powerful sources.

In fact, if Goswami had knowledge of "something big about to happen" three days before others, it shows how national security is treated in a cavalier manner by those in power. Such information must not be leaked to anyone outside the government. The Congress is right in demanding a probe in the affair by a Joint Parliamentary Committee.

Media must do its job of providing information and analysis of events in a fair and non-partisan manner. This episode tarnishes the image of media in the eyes of the public and the advertisers. With fake news and planted stories, along with untruths being spread over social media, traditional media's responsibility has increased manifold. Scams like these will erode the trust people have in traditional media.