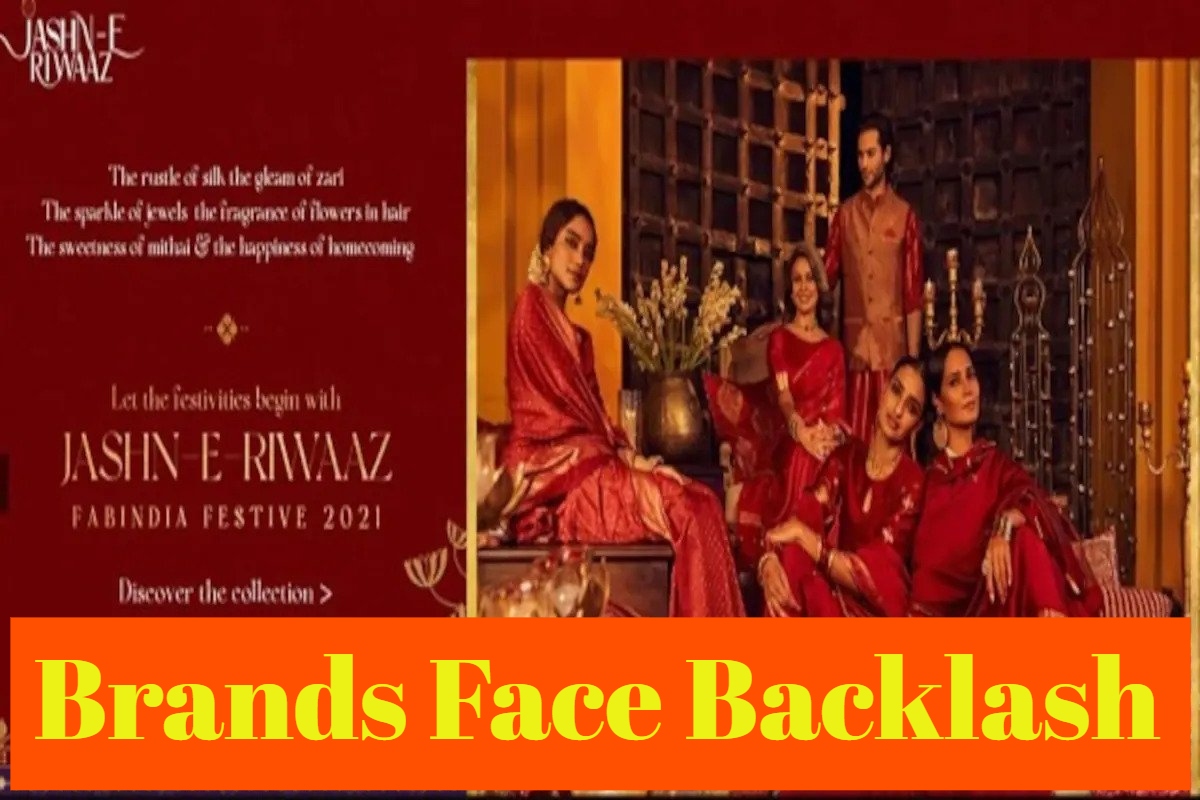 Movies, books, paintings and other works of art, television and web serials, among other things; and their creators, were always targeted by vested interests and the work of art was either banned or not allowed to be displayed publicly, even vandalized and the creators subjected to abuse and even assaulted. All this happened regularly, especially in the last 8-9 years, as the vested groups became smaller, their attention became more focused and they started picking on even the smallest of things even as a friendly regime at the Centre looked the other way. But now, these groups have even started picking on advertisements of brands and in some cases, even on the name of a newly-launched collection.

The most recent case is of Dabur, the homegrown FMCG company. It had issued an advertisement for its Fem bleach product where it showed a lesbian couple celebrate Karvachauth.  After a backlash from people who could not understand the progressive nature of the ad, Dabur was forced to issue an unconditional apology and withdraw the ad. This had to happen as just a couple of days ago the Centre had informed the Supreme Court that it was not in favour of legalizing gay marriages.

This comes close on the heels of the huge backlash faced by clothing brand Fab India which had named its Diwali collection as "Jashn-e-Riwaaj". It was told that Diwali was a 'tyohaar' and not a 'jashn' and wearing ethnic clothes on the occasion was a 'parampara' and not 'riwaaj'. The brand had to quickly issue an apology and change the name of the collection.

Before that, a Manyavar-Mohey ad featuring Alia Bhatt ran into trouble when it showed a bride-to-be question the custom of Kanyadaan and demanded Kanyamaan. Although the ad was beautifully done and there was nothing objectionable in it, as it just asked viewers to reflect on the custom without showing that the girl had not allowed it to happen, there was a huge backlash against the ad and some people even started a "boycott Manyavar" campaign.

Back in 2020, two ads by jewellery brand Tanishq had also been targeted, one for asking people not to burst firecrackers on Diwali and another for showing Muslim in-laws of a Hindu bride pampering her on her god bharai (baby shower) ceremony. The first ad was objected to as people said the brand should not preach how they will celebrate the festival while they said that the second ad promoted 'love jihad' and not communal harmony as intended.

On the one hand these incidents showed how people are now offended even with the smallest of things and how social media has provided these vested interests with a platform to target people and spew venom, on the other hand it proved that companies now have to be careful in what they put out as the backlash can be severe and can even result in huge losses. But should brands not make an effort to be progressive in their messaging? Try explaining that to the mobs. In the end, brands will play it safe as promoting social awareness at the cost of huge losses is not a sensible thing to do for businesses.