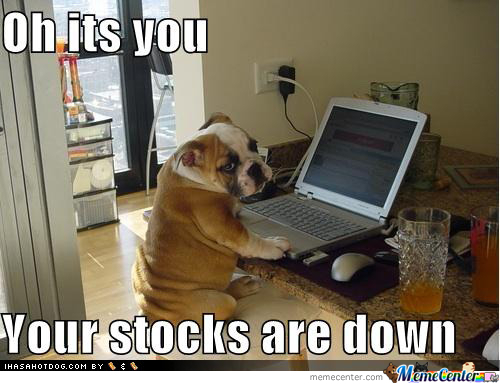 Blood Bath In The Stock Markets

Blood Bath In The Stock Markets

Stocks are bleeding and investors have lost enormous wealth in what is now seen as carnage. The Sensex is below 39000 and the Nifty below 11500. Both the indices fell over 1 percent last week. But the real drop was in the MidCap and SmallCap indices which fell by over 3 percent. Midcaps were touted to be the next big thing not even two months back. But now they are being beaten down by wary investors.

Why is this happening? Market stalwarts say that the slowdown in the economy, the largely direction-less budget, lacklustre earnings from even large companies, global cues and the indication by the government that there will be no rethinking on the surcharge imposed on FPIs, along with the fear of a full-scale trade war between the US and China has spooked the market.

Some analysts say that the market has entered a bearish phase and the downtrend will continue as the bottom has not been seen yet. Jagannadham Thunuguntla, Sr. VP and Head of Research at Centrum Broking Limited is of the opinion that the markets are in capitulation mode as the sentiment was already delicate before the budget.

Some good stocks have fallen between 10 to 20 percent while some others that were witnessing uptrend have declined by over 30 percent. IndusInd Bank, Bajaj Auto, Gail India, Eicher Motors, Hero MotoCorp, M&M, and YES Bank dropped between 5 to 11 percent while Manpasand Beverages, DCB Bank, RBL Bank, DHFL and Religare Enterprises fell between 10 to 20 percent. There seem to be no buyers at many counters.

Analysts feel that the sentiment will not be reversed easily as the crisis is getting worse. They feel that apart from some positive global cues (like settlement of trade dispute between the US and China, for instance) it is upon the government to announce some policy initiatives or reforms to cheer up the market. They feel that the slowdown in the economy will result in more companies reporting muted earnings and this will take the market down further. Investors are advised to wait and watch before making fresh commitments.