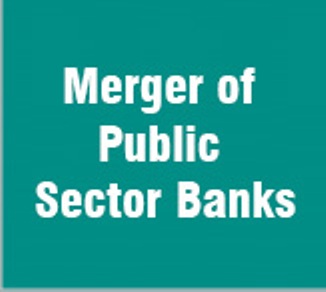 Big Banks Will Need To Be Leaner And Better Governed

Big Banks Will Need To Be Leaner And Better Governed

The government has rightly taken a decision to merge some PSU banks to create bigger, and hopefully better, banks. This magazine had been the first to cite sources to report that a mega merger of banks was on the cards over a week ago. But a merger of banks can only be successful if several other things are streamlined. Smaller banks have lesser checks and balances but serve a purpose in catering to regional areas and small businesses. But with a plethora of banking licenses issued now and a host of NBFCs catering to such needs, they have outlived their purpose. Bigger banks with better checks and balances and stronger balance sheets can focus on big projects and evaluate the risk factors in a better way. They can be more competitive, locally as well as globally, and can benefit from economies of scale if the problems of overstaffing, multiple branches at close-by locations and decision-making inertia are taken care of.

The government has announced that it will allow banks to appoint chief risk officers at market-linked remuneration. This is a step in the right direction. But if banking is to be taken to greater heights, market-linked remuneration has to be offered to all. The additional revenue outgo on this account can be neutralized if staff strength and number of branches is reduced. But bank unions are very vigilant and will not allow this. Hence, the most important thing now is to bring the unions on board.

The other thing to be tackled is related to technology. Banks in India use two platforms for core banking and merging the platforms is very difficult. The SBI and some other banks use TCS developed BaNCS while the Bank of Baroda and some others use Finacle developed by Infosys. Although the government has taken care to merge banks on the same platform, going forward, the need is to have a common tech platform for all banks.

The government must also tackle the decision-making inertia that has gripped PSU banks due to big loans going bad and the needle of suspicion pointing to collusion by bank officers. Some senior officers of many banks involved in major scams have been arrested too. This has made even senior bank officers fearful of taking decisions. With the state of the economy, big projects are also not being planned. Rajnish Kumar, the Chairman of SBI, has said that the reports of liquidity crunch in the banking sector are not true as the SBI is willing to lend up to Rs 1 lakh crore but there are no big borrowers. This is a problem that can only be solved if demand for goods and services rises and entrepreneurs plan big projects. But creating big banks, streamlining risk assessment processes and appointing risk officers will ensure that the banking system will be ready for lending to entrepreneurs when they plan big projects as and when demand picks up.