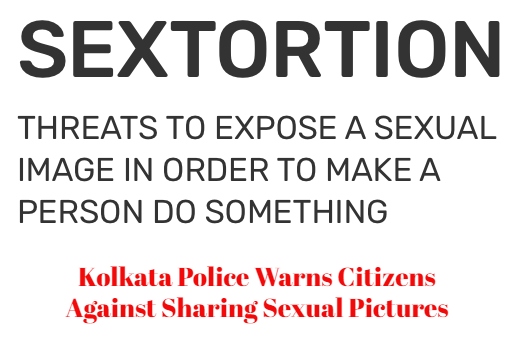 Beware Of 'Sextortion', Do Not Share Sexual Pictures of Self

Beware Of 'Sextortion', Do Not Share Sexual Pictures of Self

Kolkata Police have circulated a video where they have warned the citizens against sharing their pictures which show nudity online, not even to someone who is very near and dear to them. The cops have been constrained to take this step as there have been many complaints of exploiting these pictures for extortion of late. 'Sextortion' has become a menace and people have been blackmailed into paying money or becoming sex slaves by criminals who use their nude pictures to instill fear. The fear of getting their nude pictures posted online makes people submit to the demands of these criminals and they do not approach the police until things get out of hand.

Sharing nude, seminude or compromising pictures of self over digital devices is fraught with danger. Even storing such images on oneâs phone is risky. Since digital devices are prone to hacking, it is always better to store such images, if one actually needs to store them, in password protected folders. But sharing them, even with known people, should be a strict no-no.

Further, if people find that someone is blackmailing them using pictures that were sent to them or which they have managed to acquire from some other source, they should immediately approach the police. What the criminals do not know is that the cyber cells of police forces in almost all big cities are equipped with the latest devices and technology to track them and apprehend them.

Hence, people should ideally never share such pictures online or if they do and are blackmailed by anyone, they should immediately approach the police and not become victims of 'sextortion'. The thing to remember is that the blackmailer will never post the pictures online if he or she is kept engaged in chats and if the police are informed in time, they will catch the offender before he does.