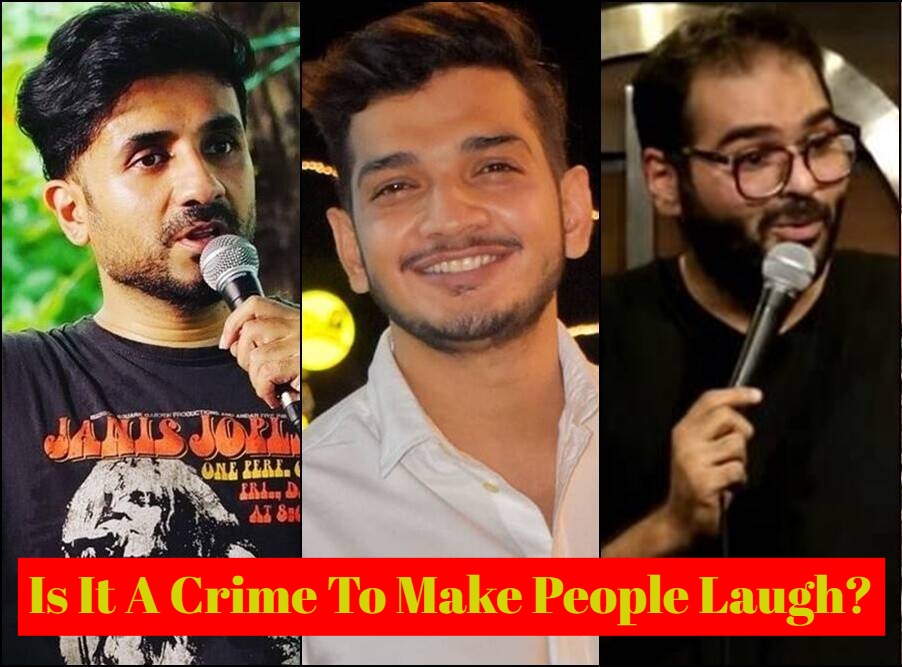 In the latest round of intolerance against comedians, it was Vir Das who was first trolled for his excellent monologue Two Indias at the Kennedy Centre in Washington DC. Within days, it was the turn of Munawar Faruqui to face the music when his show in Bangalore was cancelled after the city police denied permission 'fearing' a law-and-order situation. Now comes the news that that Kunal Kamra's shows, once again in Bangalore, scheduled for the next 20 days on the trot, have been cancelled as permission was not granted to seat 45 people at the venue which Kamra claims can seat many more than that.

It is becoming clear that administrations in India (Faruqui's show was cancelled even in Raipur in Chhattisgarh, the state that is ruled by the Congress) will not allow comedy to flourish simply because stand-up comics, by the very nature of their calling, make people laugh by commenting on issues that occupy the public mind. Naturally, most of these jokes poke fun at the government. No authoritarian regime or sectarian (regardless of the fact whether they are based on religion, caste, creed or community) groups tolerate being made fun of.

But this is a tragedy. If people can laugh at being reminded that they can care for the PM but not find out anything about PM Cares, what is the harm? More serious criticism is penned by political commentators in the media. Even politicians make libelous charges from public forum that are as damning as they are distasteful. But most ruling dispensations wield the lathi on comedians (and other artistes) as they are easy targets.

Will a few groups decide whether Bangalore (or any other city for that matter) can enjoy an evening with Munawar Faruqui or Kunal Kamra? Will the police listen to such groups and continue to ban such shows? Is it not its duty to provide protection to the one who is threatened (in this case the comedians) instead of doing the bidding of these groups? Stand-up comedy has taken roots in India, even in smaller towns. People unwind and laugh their hearts out for an hour or so as these men ply their trade. A thousand Faruquis and Kamras and Virs will pop up with unfailing regularity if the government tries to silence them.