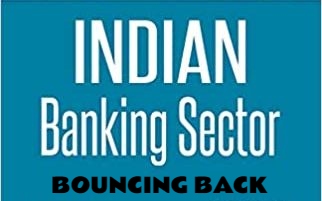 Banking Sector In The Black Again

Banking Sector In The Black Again

It is always advisable to cut off the deadwood so that the plant can bloom again. But banks in India, especially the public sector banks (PSB), continued to carry the deadwood in the form of bad loans for years (of course the enabling IBC was not there too). Then, the RBI cracked the whip and forced the banks to classify several large accounts as non-performing assets (NPAs) and initiate insolvency proceedings against the borrowers. Immediately, a huge sum of Rs 4 lakh crore turned bad. Banks completed making provisions for most of these accounts in FY20.

Thus, in FY21, Indian banks have shown record profits of Rs 102252 crore. Cutting off the deadwood was the biggest reason why the banks could bounce back from posting a loss of Rs 5000 crore in FY19 to the sterling performance last year.

HDFC Bank led the charge with a profit of Rs 31116 crore which accounted for 30% of the total profit made by the sector. SBI followed with Rs 20140 crore or 20%. ICICI Bank was third with Rs 16192 crore or nearly 16%. Only two PSBs - Punjab & Sind Bank and Central Bank of India and Yes Bank in the private sector (as it was still making provisions) continued to be in red.

The year also showed that private banks gained market share as PSBs went slow on lending. HDFC chairman Deepak Parekh had warned in 2019 (when the economy was entering the slowdown mode) that banks had turned risk averse. SBI chairman said this year that businessmen had turned risk averse and banks were not getting good projects to lend to despite being flush with money. The truth is somewhere in the middle. Businessmen might have turned risk averse due to the economic disruptions caused by the pandemic but it is true that risk aversion in the PSBs due to many reasons is making them lose market share and will cause a liquidity crisis in the long run. The government cannot always guarantee loans for the comfort of the banks. It, along with the RBI will have to address this issue so that PSBs can be proactive lenders and go not lose market share to private banks.