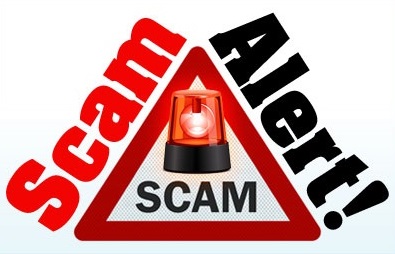 Editor-in-Chief of indiacommentary.com. Current Affairs analyst and political commentator. View all posts by this Author
The scams erupting in PSU banks are a result of rampant corruption in banking circles coupled with faulty system of checks and balances topped by cursory audit of accounts that results in incomplete reporting. It has brought to fore systemic deficiencies that need to be urgently addressed if the system is not to bleed any further.

Banks are a valuable source of short term trade finance. It is a win-win situation for all concerned. The trader is able to buy goods without having the money, sell it and retire his obligations with the bank. The bank earns well for financing this through LoCs and LoUs. Both domestic and foreign trade is being financed through this route. Banks keep margin money to open these instruments but sometimes this is waived for regular and prized customers with a good track record.

But each of these transactions has to be recorded and reconciled. In the PNB scam, LoUs were kept off the books by unscrupulous employees who were obviously paid off. Further, the bank had not integrated its core banking software (CBS) with the Swift messaging system for overseas transactions. This was the loophole that allowed the collusion between the firms of Nirav Modi and Mehul Choksi and the bankers who were willing to accommodate them.

No system can be foolproof but there are several things that can raise red flags. The very first flag should have been raised when consecutive LoUs were habitually issued to some parties to turn short term trade finance into a long term adjustment. That meant that the party that had borrowed the money was unable to pay the same within time.

The second flag should have been raised by the RBI on finding that the CBS was not linked to the Swift messaging system. Being a regulatory body, it is surprising that the RBI is so lax in such serious matters. There are certain basic systems that must be followed by all banks and linking CBS with Swift is one of them. Otherwise, foreign trade transactions can never be reconciled.

The third flag should have been raised by the auditors. But if the LoUs were kept off the books, did the auditors have much of a role? Even otherwise, the way bank audits are being conducted there are likely to be more slippages in future. Auditors are given a very short time frame to complete tasks that have serious implications if not dealt with deeply. Given time constraints (not completing work in time carries the penalty of possible removal from the RBI panel), auditors are likely to cut corners. Further, if Swift was not used, how could the auditors of both the banks reconcile the transactions in the absence of confirmatory messages?

The RBI must undertake a complete overhaul of the banking system with a special emphasis on audit and reportage. It must ensure that all systems and software of all banks are interlinked (to be activated in case of transactions involving more than one bank) and also linked to the main RBI software. Transparency in banking transactions must be made sacrosanct. It must also ensure that corrupt officials are identified and weeded out. The time for knee jerk reactions is over. The time has come to make the system so robust that one or the other red flag is raised if there are any deviations.