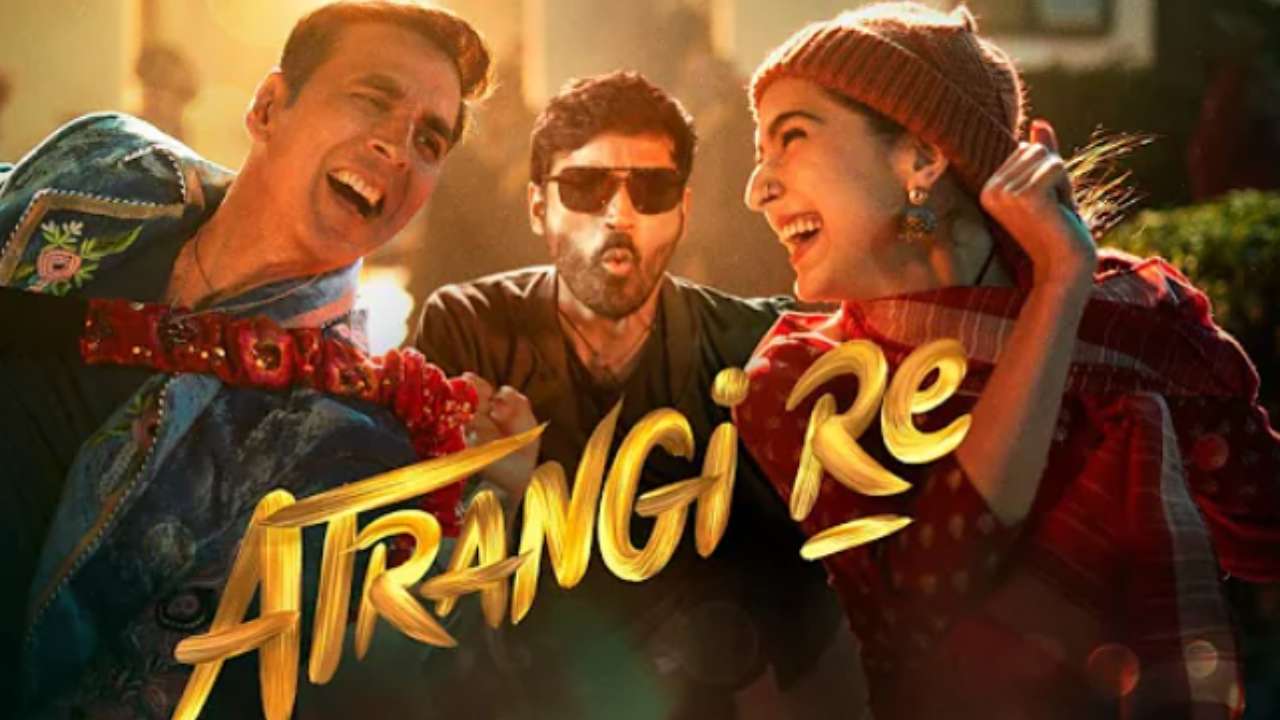 Atrangi Re: Dhanush Saves It From Total Washout

Atrangi Re: Dhanush Saves It From Total Washout

Director Aanand L Rai has said in an interview that Atrangi Re (streaming on Disney Hotstar) is a many layered film. Yes, it is. But the layers are presented so weirdly that the audience is confused about what Rai means to convey. Rai (Tanu Weds Manu, Raanjhana, Tanu Weds Manu Returns) tries to do things differently but with this film, he has somehow got his calculations wrong. For, although the premise was good, the writing and the presentation has let viewers down.

When the strict grandmother (Seema Biswas) tries to marry off Rinku (Sara Ali Khan) to Vishu (Dhanush) in a jabariya shadi to get her off her back, both Rinku and Vishu think that they will go their own way once they reach Delhi. For, Rinku is besotted to Sajjad Ali Khan (Akshay Kumar in a role he should have never accepted), a magician whose main trick is that only Rinku can see him and Vishu is soon to be engaged to the daughter of his medical college dean.

But things get awry when they visit Chennai for the engagement. Vishu's engagement is cancelled and he is saddled with Rinku as Sajjad has not returned from abroad where he has gone to learn new tricks. Vishu also realizes that he loves Rinku. The rest of the film is how Vishu tries to get Rinku to love him back and how he tries to get her away from Sajjad.

Although the film tries to say a lot about domineering families, love and mental illness, it does so in ways which do not go down well with the audience. It is impeccable acting by Dhanush that redeems the film. The scene where he is abducted and brought before Seema Biswas is outstanding. Dhanush is equally good in scenes where he yearns for Rinku. Sara Ali Khan does a stellar act in the first half but looks lost in the second. The music by A R Rehman is good and the songs are hummable, especially Jaise Ret Jara Si and the vibrant Chaka Chak which is already a huge hit in the party circuit.