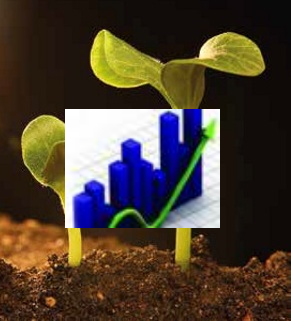 Are Green Shoots Appearing? Is The Economy Returning To Pre-Lockdown Levels?

Are Green Shoots Appearing? Is The Economy Returning To Pre-Lockdown Levels?

Finally, there is some good news about the economy. GST collections for June have shown a marked improvement. An amount of Rs 90917 crore was collected in June. Although it was 9 percent lower than the collection in June last year, it was significantly higher than the collection in May. The May 2020 collection was Rs 62009 crore and in April, just Rs 32294 was collected. For the April-June quarter, the collection in 2020 was 41 percent lower than in 2019. The pandemic and the lockdown had completely stopped economic activity and consequently, tax collections had suffered. But with the unlock happening at a good speed, things are fast returning to normal. It is a very good sign as many sectors have not reopened fully due to a shortage of labour and other restrictions. In fact, many shops and markets have also not reopened. Consumers, too, have not started making purchase decisions. Hence, the buoyancy in GST collections (over April and May) is mainly due to industrial purchases as factories have reopened. Consumer sales have not picked up significantly (apart from a sharp rise in car sales in rural areas in June) and once that happens, GST collections will return to last year's levels.

This fact is also borne out by the jump in The Nikkei Manufacturing Purchase Manager's Index which rose to 47.2 in June against 30.8 in May. Although this is still in the contracting zone (anything below 50 is not considered as growth), the rise proves that industrial activity is picking up significantly and returning to pre-lockdown levels. It needs to be kept in mind that the economy was tottering before the lockdown and these figures do not come anywhere near the real potential of the huge Indian economy. But that is something that will be addressed once the government starts spending on infrastructure projects, setting off a chain reaction that will benefit all sectors. Although it is difficult for the cash-strapped government to make any substantial investments immediately, it needs to raise the money if it wants the economy to recover anytime soon. Consumers are in no condition to decide on purchases as jobs have been lost and salaries have been cut, leaving little money in their hands. The government has to kick-start the economy by putting money in the hands of the people.