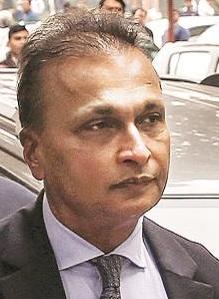 View all posts by this Author
The Supreme Court has rightly wielded the stick against Anil Ambani, directing the beleaguered tycoon to pay Rs 453cr to Ericsson within 4 weeks or spend 3 months in jail for contempt of court. Three corporate entities belonging to the Reliance-Anil Ambani group were found guilty of contempt for not having complied with earlier orders of the apex court. Although it is a fact that each corporate entity is a separate person in the eyes of law and in normal case Ericsson would not have had a remedy if the companies that were to pay it went under. But the catch is that Anil Ambani has personally stood as a guarantor for the payments.

Ericsson was quick to latch on to this fact when his companies and he failed to make the payments last September and December as per the court directive. It submitted in court that although the companies might be bankrupt, the guarantor was investing in other projects like Rafale and that meant that he had the money. It pleaded with the court to take cognizance of the contempt committed and direct Ambani to pay up, which the court has now done. This leaves no option with Ambani  he has to either pay the amount in four weeks or serve the punishment and pay at a later date.

When Mukesh Ambanis Jio had agreed to take certain assets of Anil Ambani group companies at a good price, there were hopes that Anil might get a new lease of life by paying off his debtors. But, as the younger Ambani informed the Supreme Court, that deal fell through and now he has no option but to file for bankruptcy. Despite that, since he is a guarantor, he has to pay Ericsson even if his companies cannot. Ambani must be realizing the import of the saying that trouble always come in threes. Whatever the situation, Ambani cannot escape from his legal responsibilities and the Supreme Court has told him so in no uncertain terms. There are reports that he will tide over the current problem as his companies have received sufficient funds through income tax refunds.