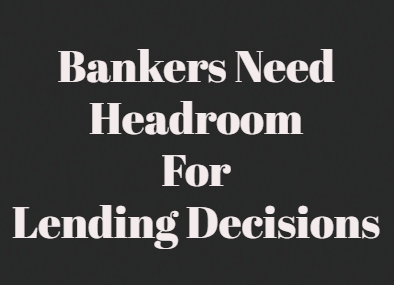 All Lending Decisions Cannot Be Put Under The Scanner

All Lending Decisions Cannot Be Put Under The Scanner

The decision of the Central Vigilance Commission (CVC) to amend rules to minimize CBI intervention in alleged bank fraud cases is welcome. Specifically, the CVC has said that an expert panel will recommend whether a CBI inquiry is required in bad loans above Rs 3cr (previously Rs 50cr).

Any transaction where money is lent by a bank to a customer is always open to charges of corruption and kickbacks. In many high profile cases this has actually happened. But most loan transactions are through informed decisions by bankers who look at the customer profile, credit ranking, worth of project submitted, past record of loans to similar projects, future prospects of the project and, of course, government policy, among other things, to grant the loan. It is a many layered process and involves various departments of the bank.

Thus, when a loan goes bad, it is not correct to approach the issue as something that involves corruption. There are a host of factors that can turn a loan bad. But such is the buzz around bad loans now that bank officials are easy target. This is taking a huge toll on the economy as banks turn risk averse despite being flush with funds.

The government must reduce the trust deficit and the CVC decision is a good step in that direction. Bankers have also asked it to have a 'sunset' period for investigations, subject to conditions. This is also something that can be looked into. The government will have to create a system where bankers can lend to industry without the sword of an extra regulatory layer in the form of investigating agencies questioning their motives hangs over their necks.

Since the government has declared its intension of remaining in the financial sector and since PSBs will continue to remain the backbone of financing to industry, the earlier this issue is resolved the better for the economy. Otherwise, we will continue to have situations where despite being flush with funds, banks will not lend by simply saying that quality projects are not coming up. That is just a cover as they cannot openly say that they are afraid their decisions will be questioned later.