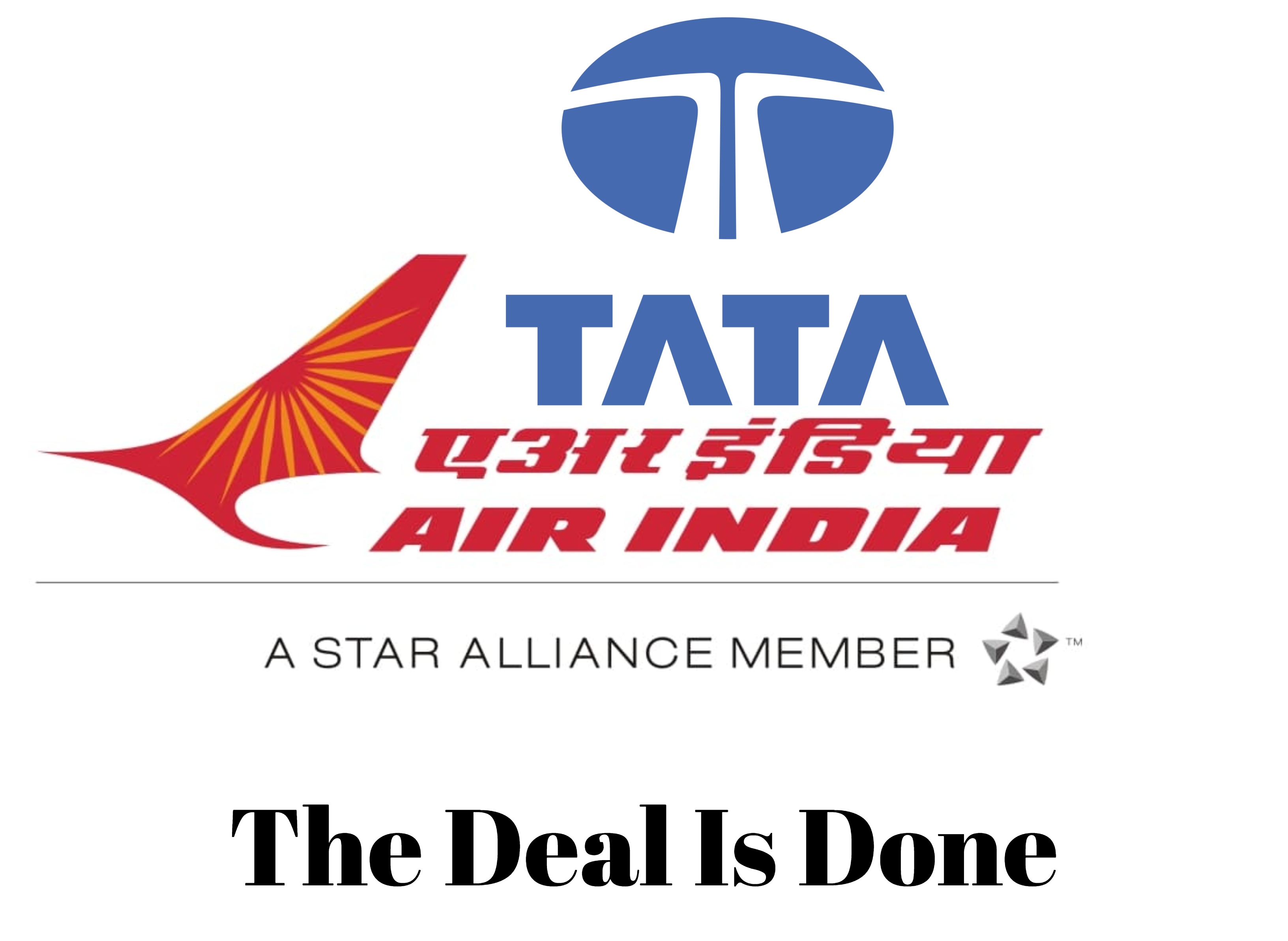 Air India Goes Back To The Tatas

Air India Goes Back To The Tatas

Air India is back to the group that started it. The Tatas have made the winning financial bid and acquired the debt-ridden, loss-making public carrier for Rs 18000cr. The next highest bid was for Rs 15100cr by a group led by Ajay Singh, the chairman of Spice Jet.

The Tata group will pay Rs 2700cr to the government and takeover Air India's debt worth Rs 15300cr. But it will not get non-core assets like land and building as part of the deal. The government, on the other hand, will retain the unabsorbed loss out of the total accumulated loss of Rs 61650cr. Air India will also have to retain all employees for a minimum period of one year.

The deal gives the Tatas all the wide-bodied and narrow-bodied aircrafts and the slots at domestic and international airports. It will add to its clout in the aviation sector as the Tatas already own and operate Air Vistara and Air Asia India. The combined coverage of all three airlines will make it a dominant player. The synergy will help reduce costs too.

The deal is a big load off the government's back as the airline was draining public money for long and had accumulated huge losses. Although it was delayed due to the restrictive terms in previous efforts, it materialized once the terms were amended to favor the bidders. It will also send positive signals to investors and help in the speedy culmination of divestment in others PSUs.

As domestic travel picks up after the pandemic, it is the right time for the Tatas to rebuild Air India into a strong and robust airline that it once was. The infrastructure of the airline and the acumen and enterprise of the Tatas, along with the expected huge growth in the aviation sector will be a winning combination.