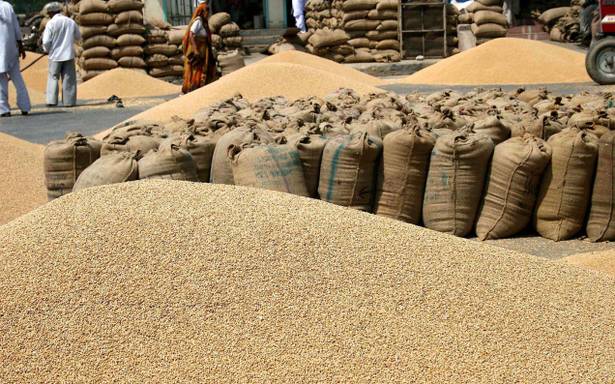 Agri-Marketing Reforms: There Is A Huge Market Outside The APMC Mandis

Agri-Marketing Reforms: There Is A Huge Market Outside The APMC Mandis

When people are yanked out of their comfort zone, even a thing which promises to be a better deal doesnât seem to excite them. They often feel that since they are already in a comfortable position and since the new deal is untested, they might not benefit by it. Hence, a majority of those in a particular comfort zone do not want to disturb the existing arrangement. Then there are vested interests that stand to lose if those people move out of their comfort zones and start experimenting with the new deal.

The NDA government's effort to provide an additional channel of sales to the farmers falls in this scenario. The protests against The Farmers' Produce Trade and Commerce (Promotion and Facilitation) Ordinance and two other ordinances that will be debated and made into law in the monsoon session of parliament are ill-informed and perhaps spearheaded by vested interests who do not want the status quo to change as it benefits them.

The ordinance under dispute still allows the farmers to bring their produce to agriculture produce market committee (APMC) mandis but additionally allows them to sell their produce directly to anyone â be it agriculture produce processors, retailers or exporters. Other ordinances that will also be debated seek to remove all kinds of restrictions on movement and stockholding of agricultural produce and enable farmers to directly enter into sales contracts with organized agri-businesses. In any case, mango, apple and many other orchards are sold on as-is-where-is basis for each season to the highest bidders in many parts of the country. Hence, these are far-reaching reforms that will benefit the farmers.

But the monopoly of AMPC's will end and so will the income of middlemen. Since most reforms have the potential to hit some people at wrong places, they are the ones who poison the minds of those who will gain by them. Farmers must understand, and the government must make them understand, that despite the opening of an additional channel of sales if they still want to sell in AMPC mandis they are free to do so. They need to be assured that the MSP will still be there and government agencies will still buy from the mandis at the MSP. Once the farmers start getting more than the MSP for quality produce outside the mandis, they will realize that having an additional channel to fall back on is always better.