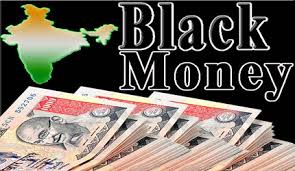 View all posts by this Author
The CBI raid at Bank of Barodaâs Ashok Vihar branch in Delhi, along with the raids at numerous other unspecified locations across the country, is being given a political colour by the Congress. There has been an alleged Rs 6000 crore foreign exchange scam at this branch. Several accounts were opened to remit money abroad by showing bogus imports. A total of 59 bank accounts were identified through which such money laundering transactions were carried out. The CBI took action after a complaint by Bank of Baroda.

While this is normal criminal enquiry into a financial misdemeanor, spokesmen for the Congress have been quick to say that there are many BJP leaders involved in the scam. The Congress has still not gathered the expertise to be a responsible opposition. Frustrated by a lack of big ticket financial or bribery scams ever since the NDA came to power, the party is bent upon making mountains out of molehills. Sending money abroad as payment for bogus imports is a very old scam and no politician worth his salt is going to fall in this trap. This route is used only by unscrupulous businessmen.

The Customs, Enforcement Directorate and the CBI are aware of this scam and take precautions to prevent it. But there are enough unscrupulous businessmen and corrupt officers in the monitoring agencies to make the scam work. This has become the easiest route to transfer black money abroad. The NDA government is very concerned about bringing back black money stashed abroad. But it will do well if it plugs the avenues for sending further monies. For this, it has to crush the corruption prevalent at grassroots level in all monitoring agencies.