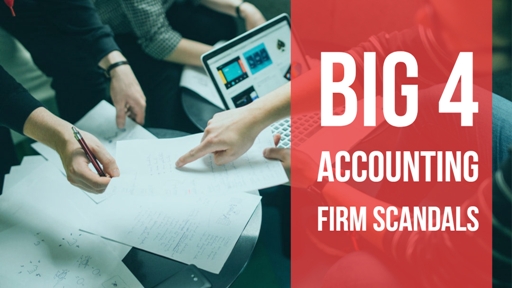 The chartered accountancy profession in India is passing through troubled times. With the regulatory body, Institute of Chartered Accountants of India (ICAI), acting like a spineless and mute spectator, the reputation of most accounting firms, including the big four, is taking a severe beating as audit scandals come tumbling out of the cupboard.

PwC had to endure a two-year ban as it 'failed' to detect the fraud in the books of Satyam Computer Services. More recently, Ernst and Young were suspended from bank audits as they 'failed' to detect the Yes Bank fraud. Now, the Enforcement Directorate has summoned executives of Deloitte and BSR & Associates (they work for KPMG in India) for the multiple frauds detected in IL& FS scam.

There is a growing perception in financial circles that these are not 'failures'. Experienced auditors like PwC, Ernst & Young, Deloitte & KPMG can point out cooked-up books in a flash. It is being alleged that auditors are colluding with managements to allow cooking-up of books. Auditors are turning a blind eye to accounting malpractices being indulged into by companies. From allowing concealment of losses and related-party transactions to ignoring fund diversion and even leaking insider information, accounting firms stand accused of unethical behaviour of all kinds.

The big four accounting firms have a firm grip on the profession all over the world. In India, they audit more than 70 percent of the big companies including groups like Tata. Since the government wants foreign investments to flow to India, it needs the backing of these audit firms. Hence, it has till now gone soft on them, despite their involvement in big-ticket scandals abroad and an increasing number of scandals in India. But with more and more scandals emerging, SEBI and the Serious Fraud Investigation Office, along with the ED, are examining the role of these auditors with a fine toothcomb.

The problem is that the profession in India is dominated by small players (audit firms with less than 5 partners) and they do not have the wherewithal to take on these global giants. Most Indian firms are also not interested in joining hands and merging to form a big firm to take on these giants, here and in other countries too. In fact, some of them are more interested to get the work palmed off by these giants in sub-contract. The ICAI is also dominated by these small players and they are more interested in retaining their turf rather than bringing discipline in the profession or ensuring that members perform their duties honestly and ethically. The National Financial Reporting Authority (NFRA), established with much fanfare in the aftermath of the Satyam scandal, remains a moribund body. Since the ICAI is either unwilling or unable to play the desired role in regulating the profession, the government must activate the NFRA, provide it with the required infrastructure and give it powers to ensure that audit firms maintain ethical standards and report all issues, even the smallest ones, with due diligence.