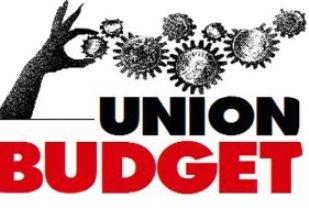 A Different Union Budget This Year?

A Different Union Budget This Year?

Editor-in-Chief of indiacommentary.com. Current Affairs analyst and political commentator. View all posts by this Author
The 2018 general budget will be absolutely different from what Indians are used to. This is because of a host of factors. The first and foremost factor is the introduction of Goods and Services Tax (GST). Since GST is based on the spirit of federal cooperation, is governed entirely by the GST Council (headed by the Finance Minister) and has subsumed a wide array of taxes, the need for the finance minister to go into the nitty-gritty of excise and service tax levies and tinker with them as per representations by various interest groups and chambers is no longer there.

Finally, with the Planning Commission not in existence anymore, the difference between Plan and non-Plan expenditure has also vanished. Expenditure will henceforth be classified as revenue and capital, as is the stated norm in accounting procedure. It makes sense as a lot of non-Plan expenditure was disguised as Plan expenditure to escape overspending scrutiny. Now, if revenue expenditure is substantially higher than earnings, it will immediately expose the government as living beyond its means. Further, capital expenditure on various schemes will nail the government if it chooses to ignore social sector spending.

Ideally, since the time consuming details of excise and service tax are omitted, the budget speech should be short. But this year being the last when Arun Jaitley will present his full budget and the expectation that this budget will be farm-oriented, there is a huge chance that the man will play to the gallery and announce grandiose schemes, ostensibly to benefit the farmers but in reality to try and win back their votes. But both Mr Jaitley and the government should realize that unless a marketing chain for agricultural produce that eliminates unscrupulous middlemen and opportunistic traders is put in place and unless farm credit is not mostly dependant on usurious private moneylenders, the farmers lot is not going to improve. Tough administrative measures are needed for the farm sector, not budgetary sops alone.